Overview
Challenge
YANY's LinkNYC program connects high school students from under-resourced neighborhoods to real world experiences in the fields of Digital Media, Music Production and Visual Arts. The programming combines skill building workshops with mentoring, visits to companies and universities.
YANY has tried other avenues to connect their students’ work online (Facebook, Instagram), but has not had any success because students might not be allowed to access those particular sites while at school, or they may not be as active on those platforms.
Goal
To create an app or mobile site that would allow LinkNYC students to upload their projects to be reviewed and critiqued by other students, Teaching Artists, and Mentors. Teaching Artists and Mentors should also be able to submit their own work examples, as would be relevant to the curriculum.
Our Solution​​​​​ 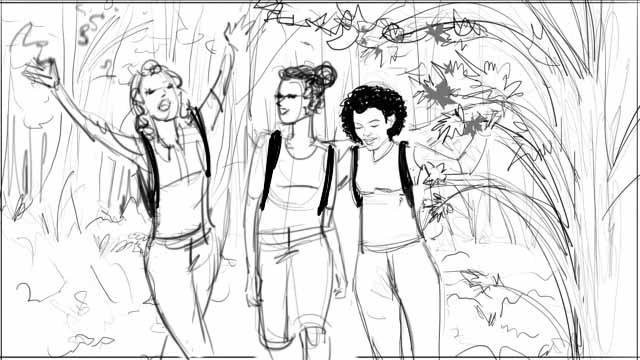 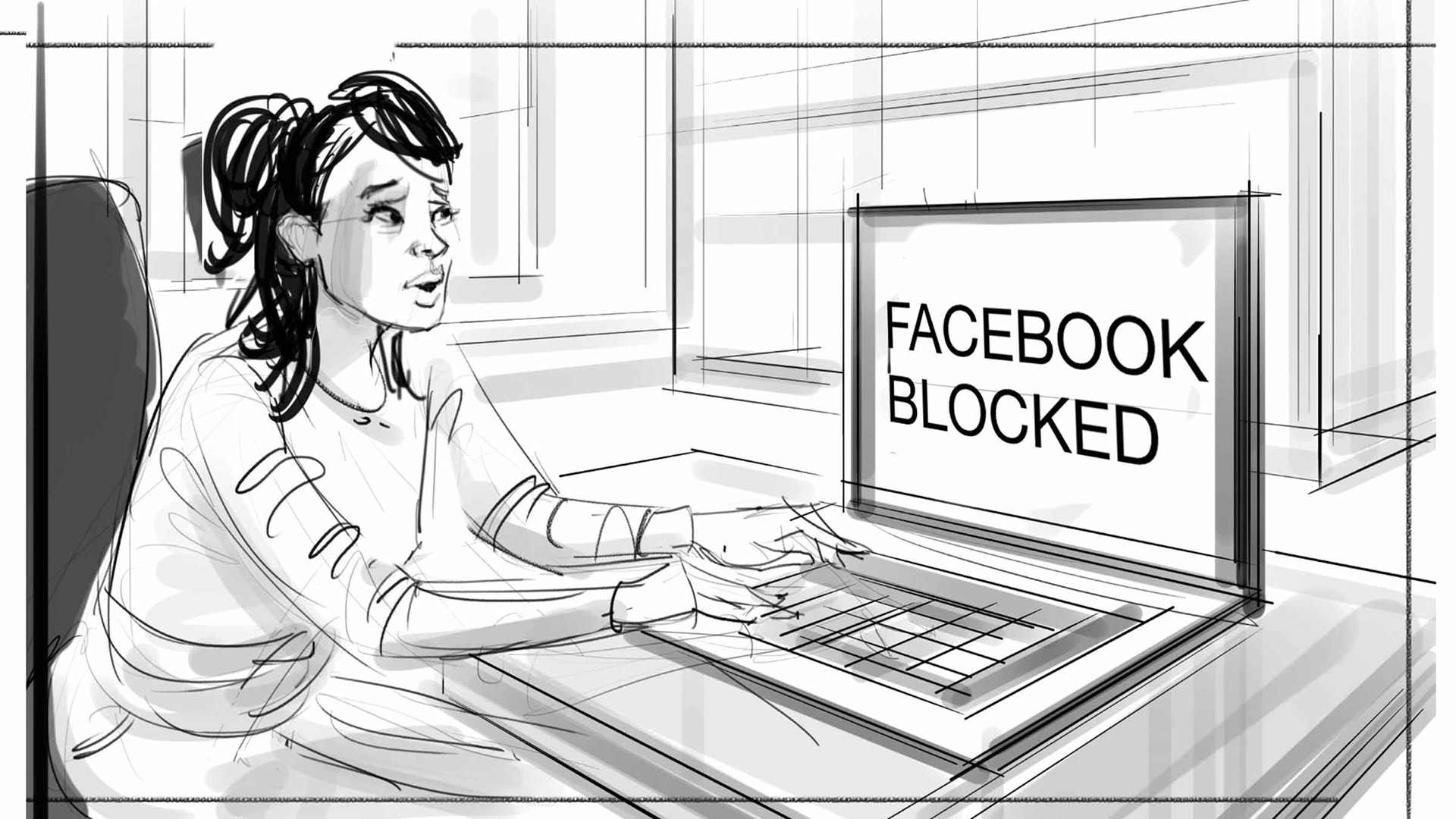 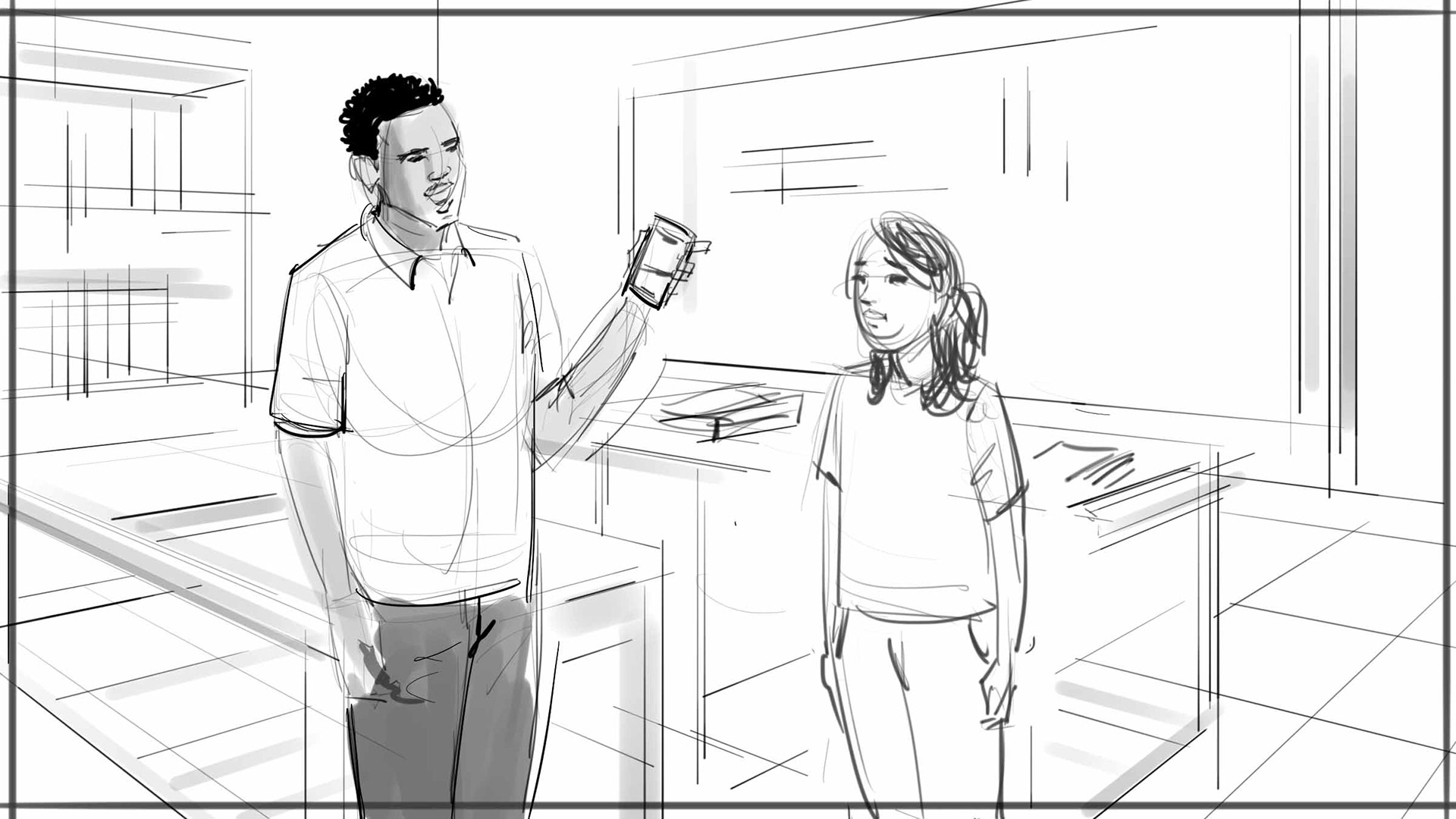 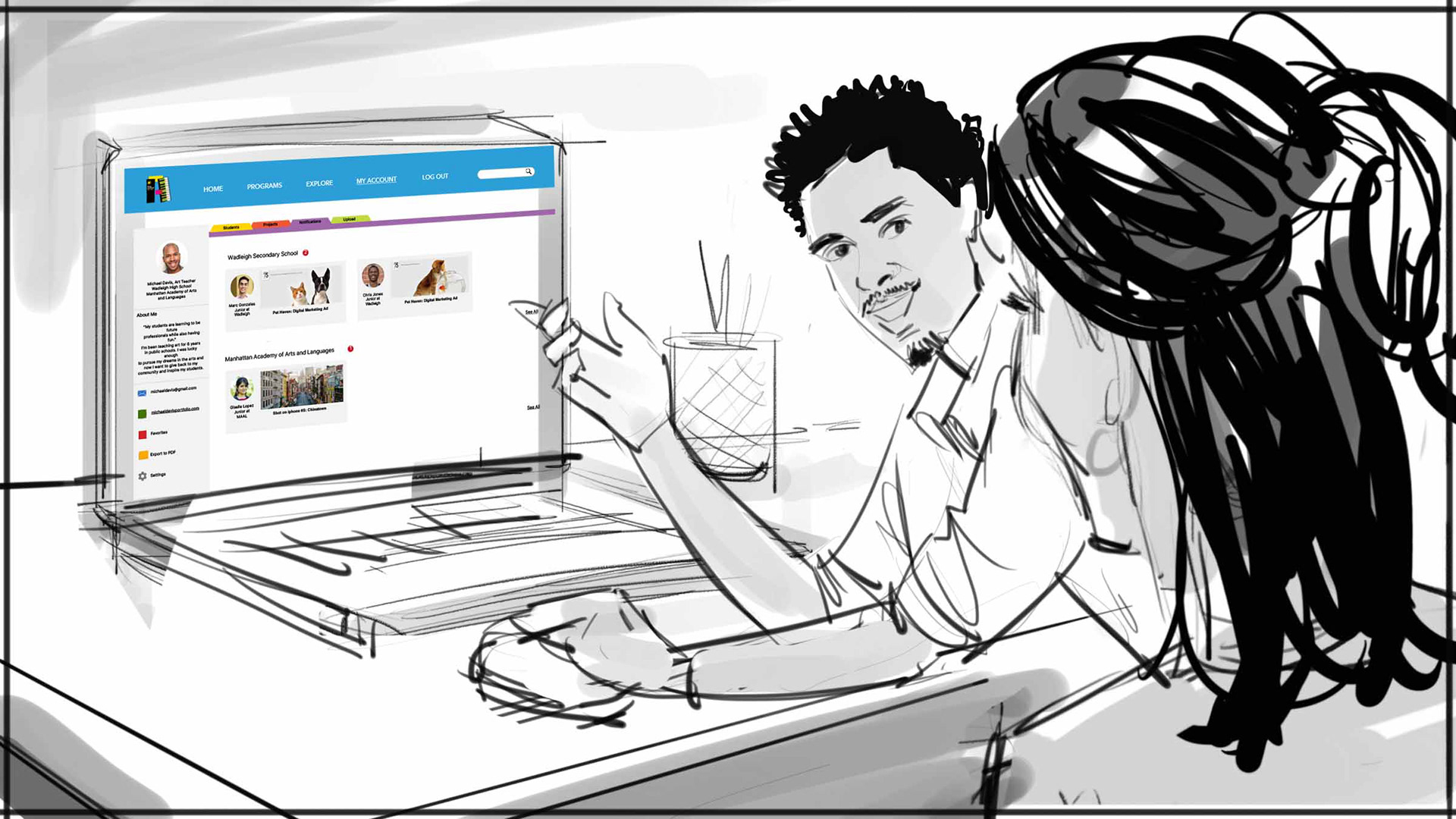 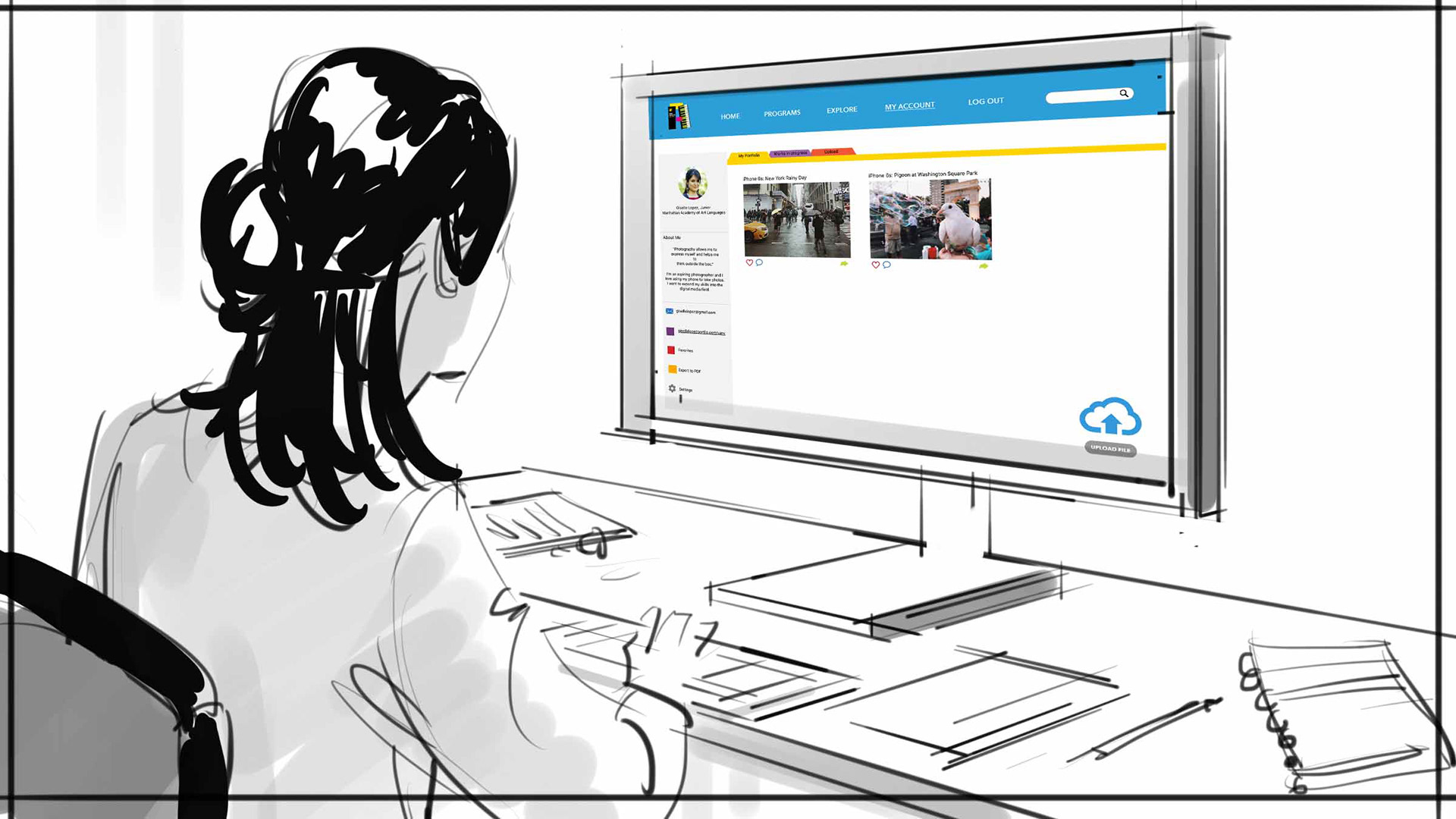 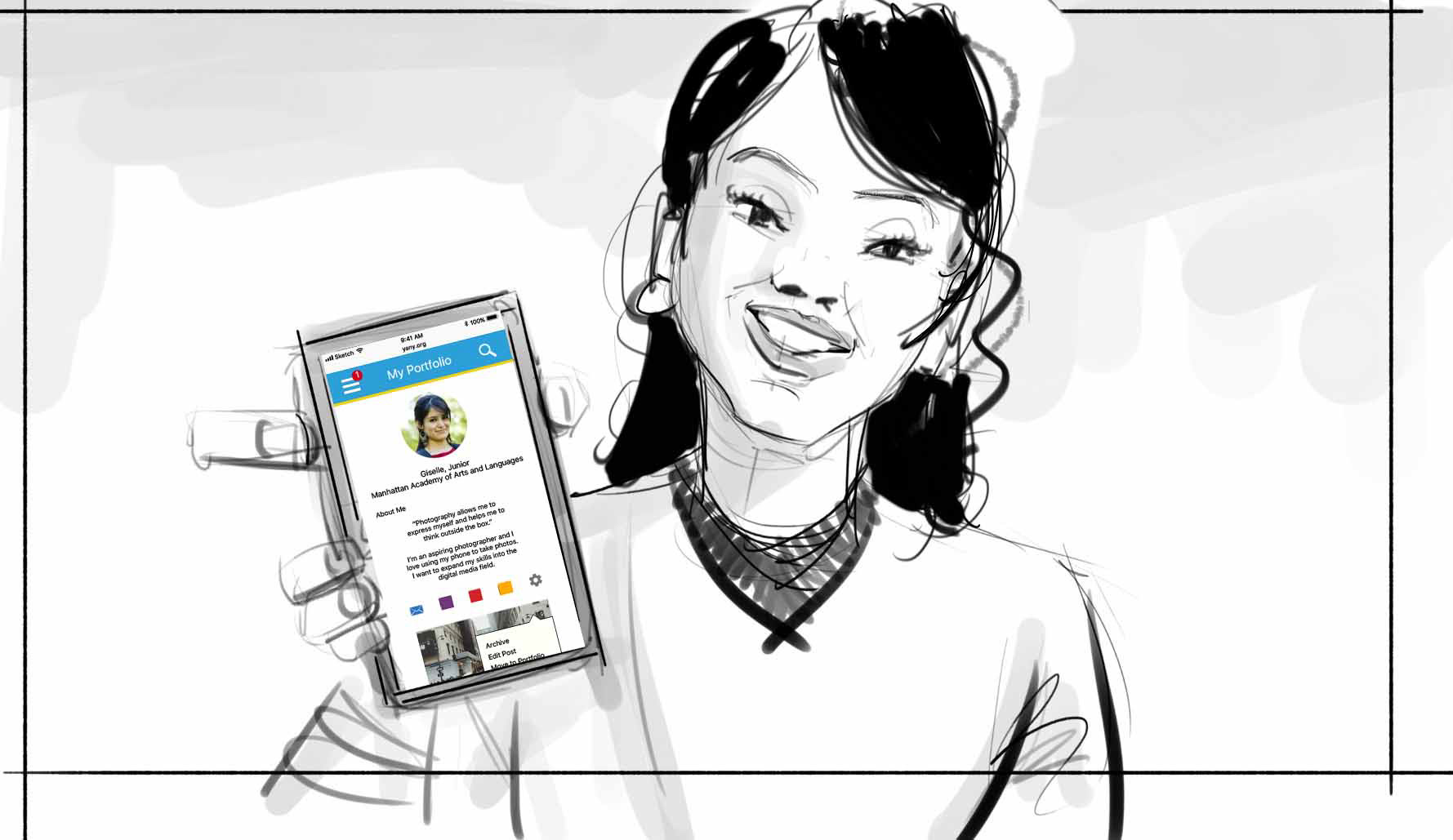 Storyboards, created by Kristen Williams, tell the story of Giselle, a LinkNYC student, being introduced to the LINKED platform by her teacher, Michael.

Reframing the Problem
How might we set Giselle up for success and prepare for her potential future in digital media with the proper resources and tools to get her there? 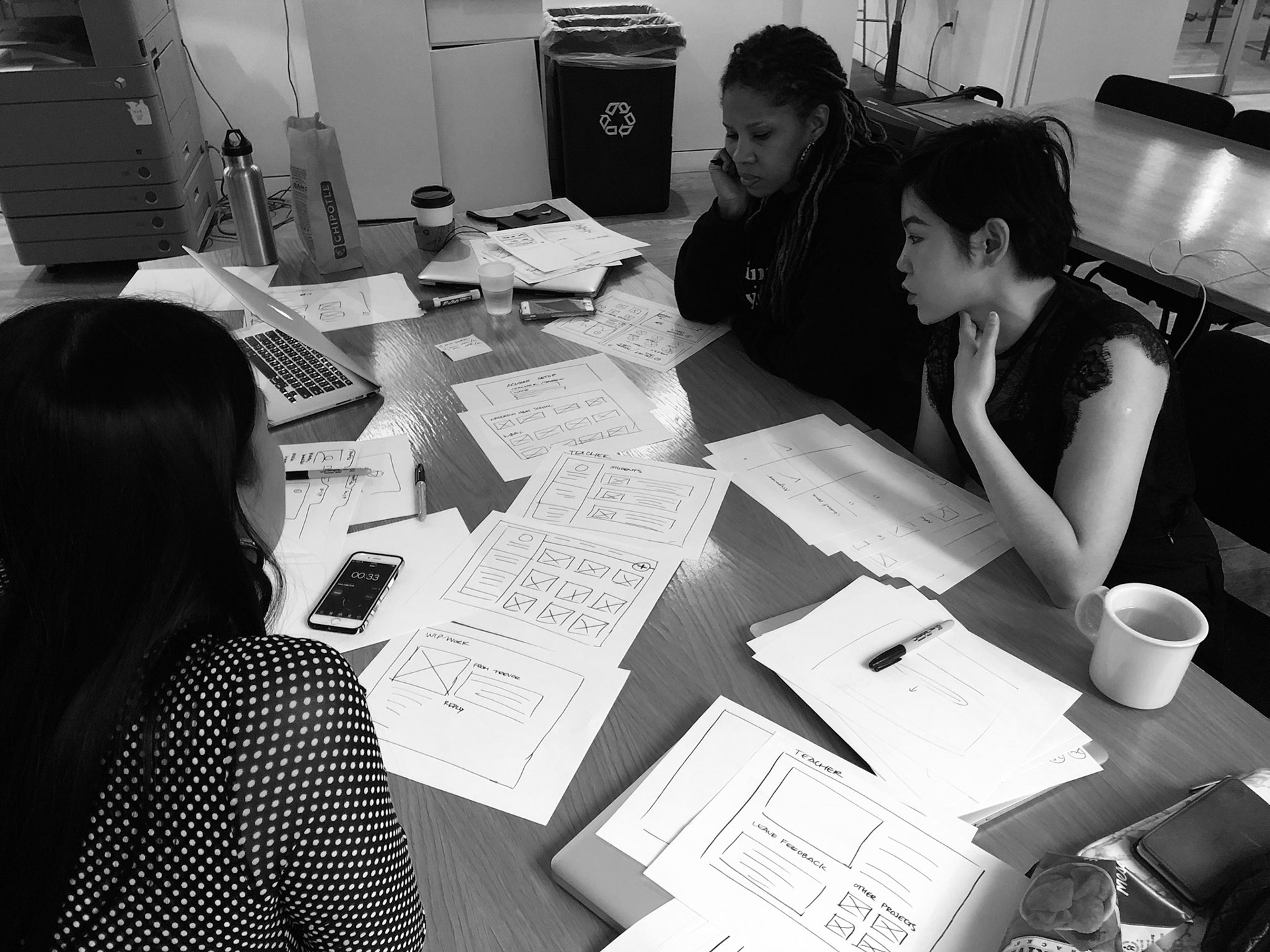 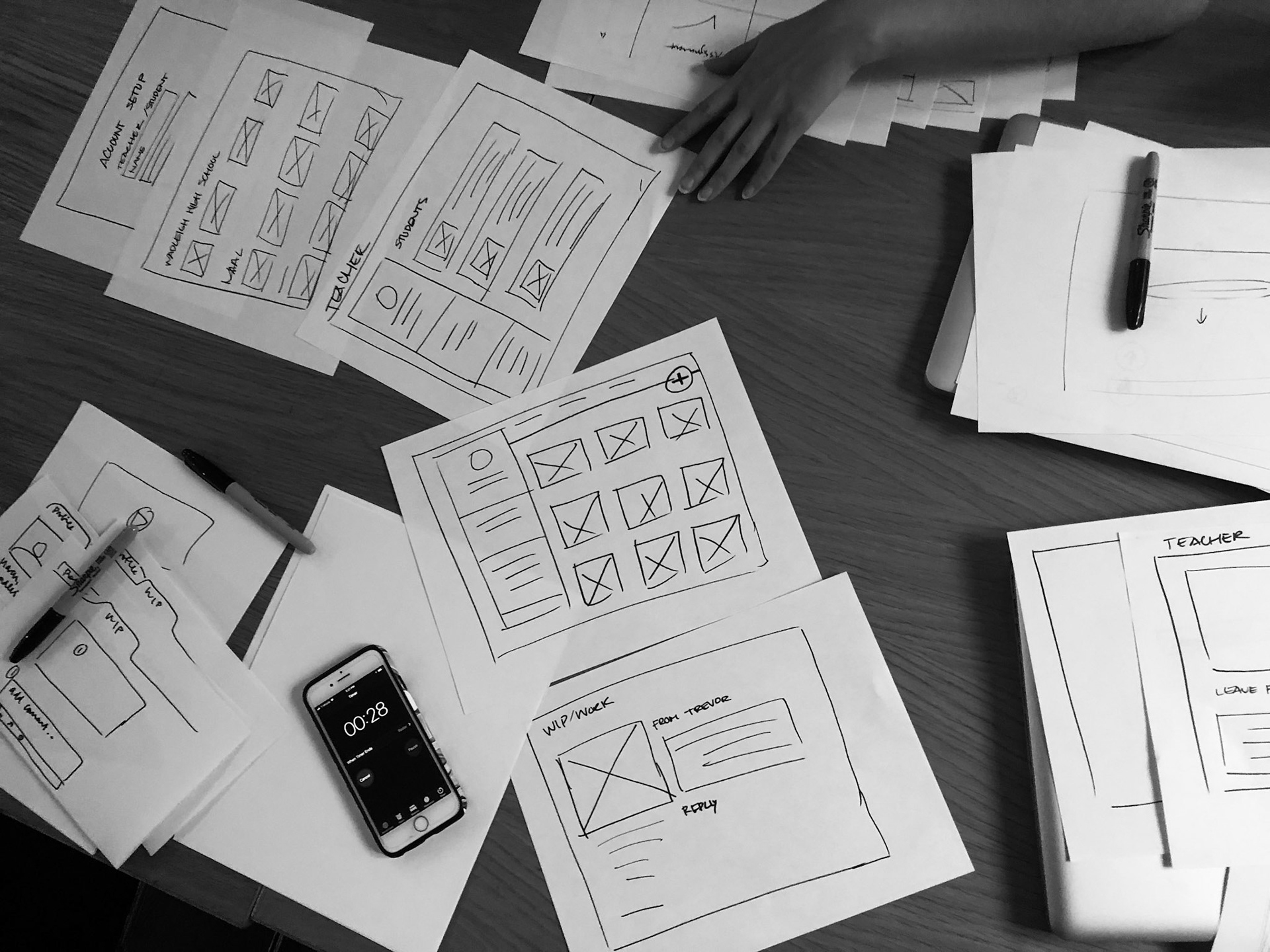 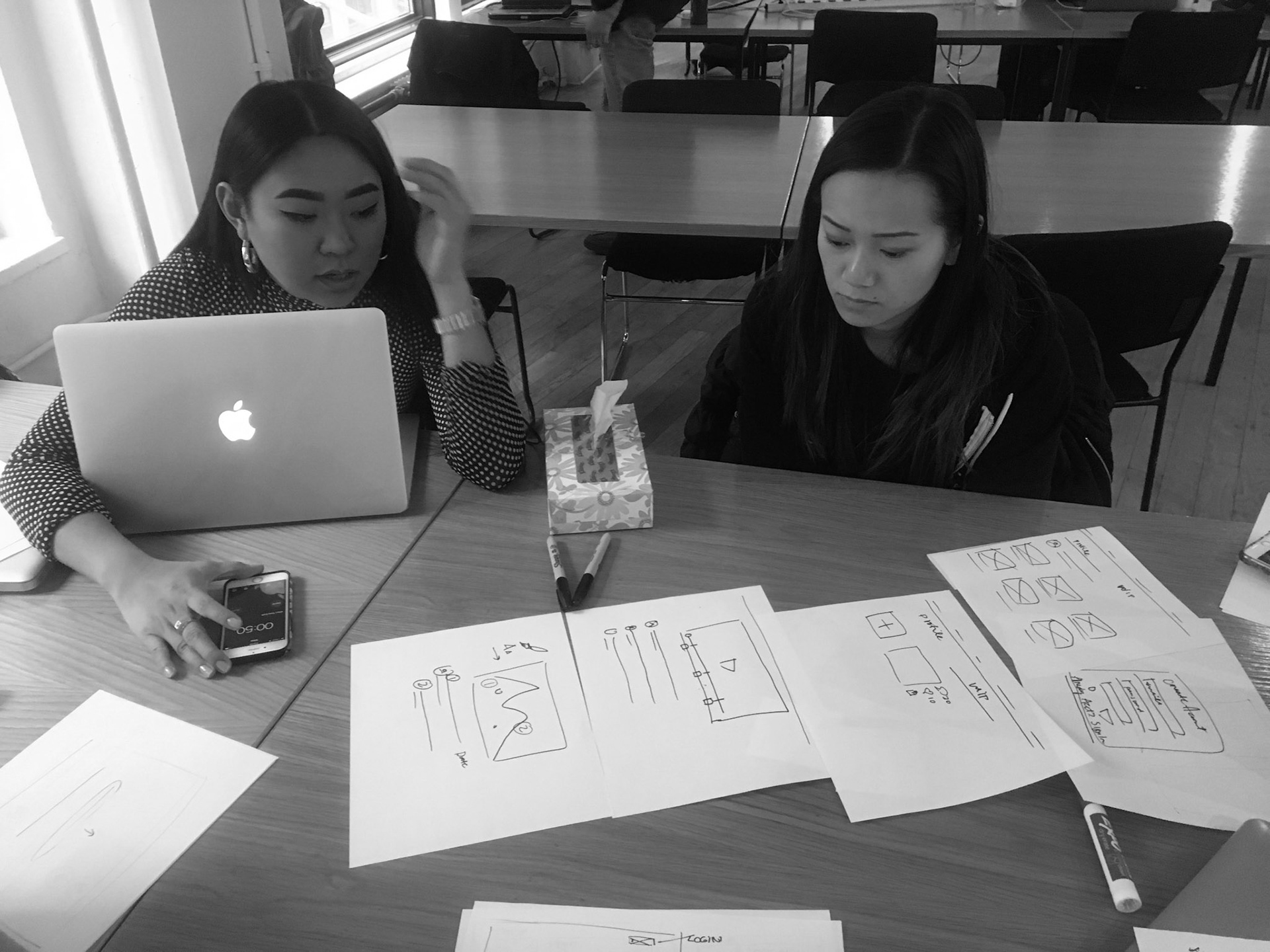 Usability Testing and Iterations
Do our solutions work?
Our team believes that our designs do indeed solve our problem. We believe this to be true because we performed 21 usability tests over 3 rounds of testing, and at three different stages of fidelity: low (paper prototype), mid-fidelity (tested on non-LinkNYC students and teachers), and a high-fidelity version (tested on the LinkNYC students and teachers). We tested both formats of desktop and mobile, with three tasks each for the student and teacher.
Key Performance Indicators

Testing Iteration: Adding Annotations
Round 1
During our first round of usability testing, users understood that they could have comments related to specific areas of the image. However, one participant pointed out the need to be able to leave general comments. As such, in our Version 2 we created a text box with instructions inside saying “Click image to leave a comment in a specific area of the image, or leave a general comment”.
Round 2
While our success rate was 100% for adding an annotated comment,  4 out of 6 users felt it was intuitive to just click into the text box and start typing a comment. Despite the instructions being spelled out, those users’ intuition was to ignore the in-box-text. In Version 3, we moved the “Click to leave comment” right underneath the image, to show the user that is where the action takes place. Some of our users wanted the option to leave a general comment, so we split them up to make it more clear for the user.

Next Steps
During our design ideation phase, our team prioritized our features using a MoSCoW matrix. In our next steps, we would like to build out the additional features that were not implemented in this prototype, and submit those for usability testing.
Other Work

Insert copy here, which should vary depending on your region. Accept